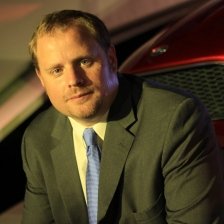 Mark Truby is vice president, Communications & Public Affairs, Ford of Europe.  He was appointed to this position on Oct. 1, 2011.

Prior to this, Truby was director, Global Corporate Communications for Ford Motor Company in Dearborn, Mich. USA, a role he held since December 2007 after serving as director of Corporate News.

Prior to joining Ford, Truby was business and special projects editor for The Detroit News from 2003 to 2007.  In that role he oversaw all business and autos coverage at the paper as well as major in-depth and investigative reporting projects.

From 1992 to 2003, Truby was a reporter for newspapers including USA Today and The Detroit News.  He won several national awards for his reporting as both an investigative reporter and a financial writer.